In 2020, approximately 302 million personal computers were sold. For most people, they are an essential part of daily life.

You may think that you know all you need to about computers. But there are some facts that will shock, surprise, and fascinate you. 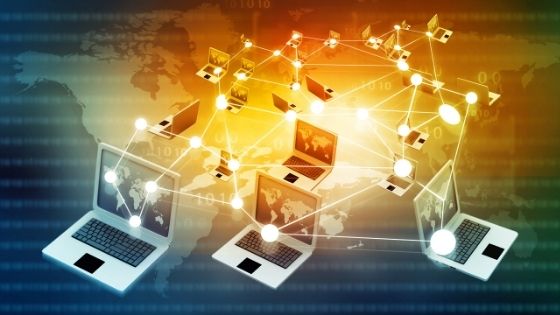 Keep reading to find out 25 interesting facts about computers.

1. Parts of a Computer

A computer is usually made up of four parts; a CPU, a motherboard, memory (RAM), and storage.

A CPU is the central processing unit. It is the brain of a computer. It takes instructions, processes them, and makes things happen.

A motherboard moves power around. It’s where all of the computer parts connect and communicate with each other.

RAM stands for random-access memory. This is the computer’s short-term memory. It temporarily remembers everything that is running on the device.

Storage is also known as the hard drive disk. This is where the computer stores and accesses data and information on a long-term basis.

There are many different types of computers available. Start by taking a look at lenovo.com.

Named the Antikythera mechanism, it was the first analog computer. It predicted astronomical positions and eclipses.

It used complex clockwork mechanisms. The technology was truly ahead of its time.

The computer was first conceptualized in 1786. Johann Helfrich von Muller was an engineer in the Hessian army.

He designed a Difference Machine, which was an automatic calculator. However, he didn’t have enough money to build the machine.

Many people consider Charles Babbage to be the father of the computer.

He invented the first mechanical computer. It was called the Difference Engine, based on Muller’s Different Machine.

Babbage’s Difference Engine had all of the components that are part of a modern computer.

However, each of his Difference Engines used thousands of precise gears. They were too ambitious to actually build.

Ada Lovelace was a woman and the first computer programmer.

She was a skilled mathematician. She translated some of Charles Babbage’s work and helped him to refine his ideas.

She also designed a method that meant the Analytical Engine – Babbage’s next machine – could repeat a series of instructions.

This was the first algorithm. This technology is still used by computers today.

Alan Turing is widely recognized as the father of theoretical computer science and artificial intelligence.

In 1936, Turing published a paper titled “On Computable Numbers”. This was the first idea of the modern computer.

In his paper, Turing described a universal machine that could solve any mathematical problem.

Colossus was the first digital computer. It was built between 1943 and 1945 by British codebreakers during World War II.

Colossus decoded German messages that had been encrypted by an unknown device. Alan Turing’s mathematics was part of the design.

8. The First American Digital Computer in 1945

ENIAC (Electronic Numerical Integrator and Computer) was the first digital computer built in the United States of America.

The U.S. Army used it to calculate complex wartime ballistics tables. It weighed more than 27 tons and took up 1,800 square feet of space.

A personal computer is a computer used by one person at a time at home.

This was revolutionary in 1977 when Steve Wozniak, Steve Jobs, and Rod Holt designed it. It was called the Apple II.

10. The Difference Between the Internet and the World Wide Web

The internet is the network of connected computers that the world wide web works on. It is also what emails and files travel across. It is like the roads that connect towns and cities.

The worldwide web is the pages you see when you’re online. It is like the things that you see on the roads, like cars and houses.

The first electronic message between two computers was sent on October 29, 1969. This is often marked as the ‘birthday of the internet’.

The first message was “lo”. It was supposed to be “login”, but the computer crashed after typing the first two letters.

Berners-Lee developed a program that could store information in files that connected within and between separate files.

In 1989, he proposed that you could join hypertext with the internet. You could place information ‘online’ where others could see it immediately.

13. Billions of Devices Are Connected To the Internet

By the end of 2020, it’s estimated that over 20 billion devices were connected to the internet.

However, the mechanics would jam if keys were pressed too quickly on a typewriter.

That’s why the layout was changed. Commonly paired letters, such as “st”, were separated. This meant that the mechanics jammed less frequently.

15. The First Computer Mouse Was Made Out of Wood

Doug Engelbart created the first computer mouse in 1964. Until then, all data had been entered on the keyboard.

The first mouse was made from a wooden shell. It contained a circuit board and two metal wheels.

It was nicknamed the mouse because the wire came out of the back, like a mouse’s tail.

16. Why Webcams Were Invented

Computer scientists invested webcams at Cambridge University.
They used the webcam to watch a coffee maker. This meant that the computer scientists didn’t have to check if their coffee was done. They would see when it was ready.

The Creeper was the first computer virus. It was written by Bob Thomas in 1971.

It was not a malicious virus. It only displayed a simple message that read: “I’m the creeper, catch me if you can!”

Malware is intrusive software that damages and destroys computers and computer systems. Computer viruses are one type of malware.

When someone or something hacks a website, it accesses its files without permission.

Today, cybercriminals tend to hack websites to spread code that damages and destroys computers. It’s estimated that 30,000 websites are hacked every day.

In 1999, a teenager hacked NASA computers. For two days, he entered 13 computers at the Marshall Space Flight Center.

As a result, NASA had to shut their systems for 21 days. It cost $41,000 to check and repair the computer system.

21. The Worst U.S. Security Breach Ever Happened Because of a USB Stick

In 2008, a USB stick had been infected by a foreign intelligence agency. It was left in a Department of Defence parking lot.

Someone found the USB stick and plugged it into their computer, which had links to the United States Central Command.

As a result, thousands of classified and unclassified documents were stolen. It took the Pentagon 14 months to clean up the damage.

In 1997, Garry Kasparov was the world chess champion. He had stated that he would never lose a game of chess to a machine.

On 11 May, an IBM supercomputer known as Deep Blue beat Kasparov.

15 years later, it was discovered that Deep Blue’s winning move was caused by a bug in its software.

Since 2005, no human has won a tournament standard chess game against a high spec computer.

The Space Shuttle was a NASA spacecraft that operated from 1981 to 2011. It was made up of more than 2.5 million parts and included complex computer systems.

However, the Shuttle’s computer systems didn’t reset itself when it went from one year to the next. The computers couldn’t handle the year rollover.

24. Most of the World’s Currency Only Exists on Computers

Money only represents value. That’s why sending money electronically is equal to handing over notes and coins.

Only approximately 8% of the world’s currency is physical money.

This means that 92% of currency exists only on computers. This includes online banking and in-network currencies.

During the Cold War, the United States had nuclear missiles. These were controlled by a computer.

In 1962, the White House insisted that security codes were installed. However, the U.S. Strategic Air Command worried that this would delay the launch in the event of an emergency.

So the codes were installed, but the combination was very simple. For eight years, the password was 00000000.

Computers are incredibly complicated machines that make our lives much easier. These facts about computers just show how much they have developed and changed over the years.

Want to learn more? Make sure to read more from our Technology category. 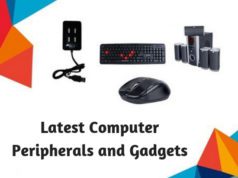 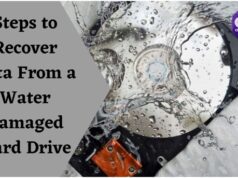 Steps to Recover Data From a Water Damaged Hard Drive 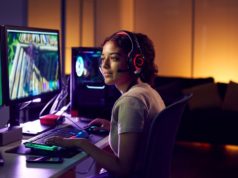 5 Things to Look for in a Gaming Desktop Computer