There is so much more to yoga that to just bend and twist your body. It is very superior and more than that too. Yoga is something spiritual, and it helps get in touch with your inner self. For this divine practice to uphold, one must come to India. For, it is in India where yoga was born. India is a land of spiritualism for sure, and is a place where there are many yoga retreats and sessions held. It is a place where you can learn how to do yoga and practice it too. So why wait? Pack your bags this holiday season and head to India to learn from the experts at their various places of retreats. Here are ten of the best places where you can experience yoga retreats in India. 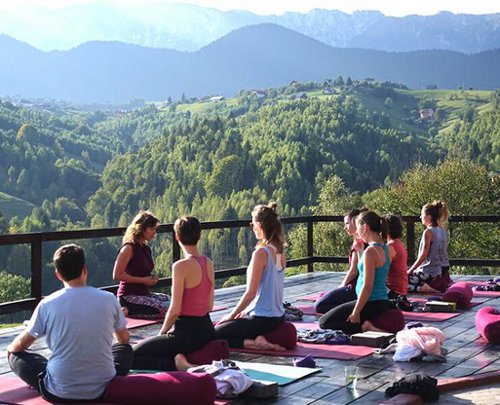 The Bihar School of Yoga is a sprawling one, where you do not only practice yoga but treat it as a lifestyle as well. Much more than asana, it is karma yoga that is practiced here. Apart from the classes here, you are expected to do service or seva, which includes the likes of kitchen work, cleaning the toilets, doing gardening and this is supplemented with a simple diet and cold showers. This may be daunting at first, but it takes a good toll on the students psyche in the long run. The day begins at four in the morning and ends with discourses or satsangs and chanting of mantras at twilight. Lights are out at eight in the night.

Purnam Meditation Retreat, Chennai is situated in the Uthandi region of the city and is located in the well-known ECR. This place is a recent addition to the list of yoga and meditation centers in the country. It is a very lavish five star accommodation and has the best hospitality, which makes it the perfect place to unwind, destress and to relax your body, mind and soul. They have transforming meditation programmes which allow one to meditate silently and in peace, and you can at ease practice yoga too. This posh villa gives you all the advantage to customize your routine as you please.

This place is in Lonavala, all of one hundred and eighty acres, which is a hill station located between Pune and Mumbai. This is an ashram which is now used as a yogic research center and there are plenty of programmes here you can immerse into to do your thing. At this place, you can also get diplomas and yoga teacher training degrees too, and there are short courses for beginners and advanced students too. The diet here is purely organic, Indian and vegetarian.

4. Ananda in the Himalayas, Uttaranchal

If you are in India, you must check out Ananda in the Himalayas. This is a luxury yoga retreat center which is situated in the laps of the Himalayan kingdom. Known to be one of the best and high ranked spas in the whole wide world, it has the best ancient yoga techniques taught and the skills given are world class. Ananda in the Himalayas is inspired by the Bihar school of Yoga, which is a luxury spa that gives its clients the best types of meditations and the well-known Shuddi Kriya too, which is an ancient yogic practice that helps purify the body, the mind and the soul, making it one of the best possible yoga retreats in India.

This place is located aptly on the banks of the famous river Ganga, and is five kilometers from the famous Laxman Jhula or the suspension bridge in Rishikesh. The ashram is under the mighty stewardship of the well-known Swami Dev Swarup Nanda, and most classes are led by the experienced yoga director, Sadhvi Lalitambay. There are seven day yoga classes conducted here which includes the likes of asana practices, pranayama, meditation, netipot cleansing and mantra chanting, along with prayers and kirtans, and talks on yoga philosophy.

The Mysore Mandala is a very old house but has a charming cafe that is manned by the owner’s organic farm. This is known to be the prettiest space for yoga practice in the entire city. Ashtanga yoga is the main focus here, but there are other myriad ranges of classes that one can choose from, such as shatkriya, hatha, pranayama and backbending too. Teacher training is considered to be of high regards here, and there is a team of nine teachers to teach all branches of yoga, including ayurveda and anatomy.

Yoga has been practiced in India for many centuries now, and ayurveda is also an ancient science that has been part and parcel of the evolution in the nation. Much pride is taken into the same for them both. At the Ayurveda Yoga Meditation Resort, Coonoor, one can indulge in yoga sessions and enjoy ayurveda therapies amidst the lush green flora and fauna of the majestic Nilgiri Mountains. This place is picturesque and offers mind blowing peace and tranquility for the needy at heart.

This is a place for yoga retreats and sessions in India, and has been established by Sharat Arora, who is an ex student and a very old disciple of the BKS Iyengar school of yoga. It is only during the summers that yoga classes are offered here in Himachal Pradhesh, and students are expected to complete the compulsory five day course before they hop onto the teacher training course. There are also yoga therapies taught here along with ayurveda yoga and vipassana yoga too.

Here you get to learn the classical style of yoga which emulates all the eight limbs. This place is famous for the course which lasts for six months, and only selected participants are called to attend this course. But they must first have completed a correspondence course before they can apply. Hence, for the six month course, only ten students are taken into consideration. This course is not for the casual yogis at heart, but for the serious minded who want to learn more and practice advanced yoga too.

So here were the ten best yoga retreats in India, where you can learn and master the art of yoga. Do write in and let us know what you think about this post. 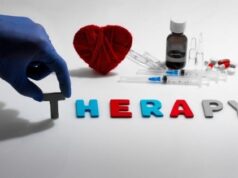 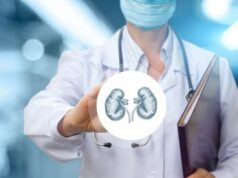 8 Tips On Choosing The Right Urologist For Treatment 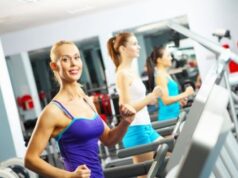 The Best Types of Cardio Workouts for Weight Loss

How Simplicity Works The Best When Website Design As Technology

Why You Should Start Thinking About Your Will Now

3 Fun Recipes to Try During Quarantine

10 Ways to Promote a New Product or Service

3 Fun Recipes to Try During Quarantine

What to Do After a Car Accident