A successful mobile app development is always the one which is liked by users. And users do not like an app by chance. In fact, every app enjoying millions of users has already gone through a deep research & analysis process. Businesses and mobile app development companies behind these apps take all required measures and study users deeply before entering the market.

Whom does a company or business put its products in the market for? Doubtlessly, it’s for customers. But what if customers do not like the products targeted to them. Well, the business or company will simply meet failure. The same applies for a digital product like an application because customers are always the same.
We have seen many examples in which apps failed because they didn’t live up to the expectations of customers, otherwise known as users in the mobility world.

Allow me to propose three mobile apps which failed drastically because of the no back of user-research.

People didn’t know what special Apple Music could do that iTunes could not. As of a report, of all users downloaded the app, 48% of them had never even used iTunes. Also, there were many glitches in the app’s playlist and downloads that discouraged users to continue with it.

Hailo got an investment of $100 million in early 2013 and by 2014, they went broke. The app was created with an idea of providing good prices for the yellow taxi, but they failed at the user research portion. Yellow cab drivers in NYC didn’t carry mobile devices while the same business succeeded in London.

Yik Yik, an app for school and college students, had the market value of $400 million in 2014 with an investment of $75 million it received in 2013. But it dramatically dropped the user retention rate by 75% in next year and in 2017, there was no choice but to close its operations. The app’s UX wasn’t properly researched for threats of abuses and cyber-bullying.

When an app is conceptualized, there is a strict need of a vision based on a deep user research. This vision should answer the key questions related to users and, how they may react to specific features or functions.

Product prototypes created with the understanding of users’ preferences serve as the base for such a research. Three ways the user research on this prototype can help developers:

A mobile app owner can create understating with users only through the research. It will offer a similar environment to users that they will experience while using the actual product. This is where it’s seen that whether or not people are really enjoying and using it.

Businesses must associate with those mobile app developers who have a good understanding of the designing thinking.

• Developing mobile app features that are easy to use and fun
A mobile app development company knows how to devise features with the technology, but many fail to create product features in a way that will really be loved by users. Without having details on clear user-preferences, even experienced development firms face difficulties in creating apps users would love and like.

• All users don’t share the same level of expertise

Your users, market, and technology make progress, so be consistent in your research

Mobile market changes quite frequently which means you cannot apply a years old user experience research to a future app product. This will create great disparities.

Mobile market changes because of the changing preferences of users, who quickly get exhausted with an app they have loved the most. They always want something new, unique, and more entertaining. So, when the demand changes, the market trend changes too.

This situation can be handled only when developers apply the best fluidity to design until the final product isn’t launched.

All features being applied after the user research must positively contribute to generating ROI. Also, there should not be any features that are creating conflict in the revenue generation.

Boost Productivity Of Your Business Enterprise By NodeJs 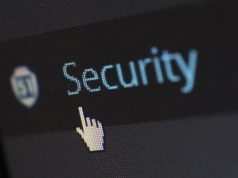 Safety Of Seniors and Wireless Security 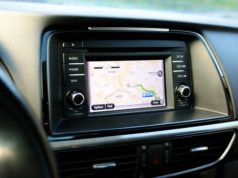 5 Reasons Students Procrastinate and How to Stop Doing It

12 Ways to Keep Your Garden Healthy

7 Exciting Ideas to Celebrate Your Kid’s Birthday at School

Everything You Need to Know Before Getting Deep Tissue Massage

Best Logo Design Brief: How to Write One That Gets Amazing...

7 Tips to Party Comfortably and in Style this Winter