Denby Pottery is a company that is synonymous with superb craftsmanship and designs that stand the test of time in terms of strength and style. For four generations the strong clay that surrounds the Denby factory has been turned by hand into beautiful stoneware that graces the table of many a home. The beauty of the pottery is in its versatility – each piece of kitchenware being both a utility item and design statement in its own right as well as “novelty” items; charming keepsakes that can be handed down through the family and still look as good as when they were first crafted. 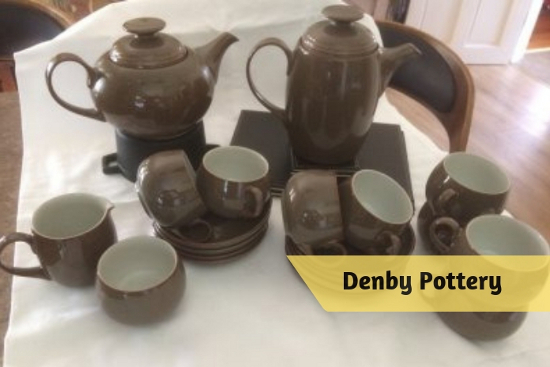 Where the story began

Once upon a time in 1808, a local man with an entrepreneurial spirit discovered the strength and quality of local Denby clay and set up a factory employing local craftsmen that would ultimately produce the strong, distinctively styled Denby pottery pieces that many have grown to know and love. To this day, strong shapes and beautiful glazes that reflect the strength of our nation’s heritage continue to be produced to meet a range of stoneware needs and tastes.

The secret is in the glaze

Denby is renowned for its different pottery finishes with each secret “glaze” recipe using different firing temperatures to produce a unique and durable surface to each piece or range. The Majolica glaze, for example, is over 100 years old.

Denby pottery through the ages

Denby has an almost uncanny ability to keep up with the times while still retaining its traditional roots and style. As to be expected; early pieces such as salt glaze flasks were more utilitarian with a rustic feel, but it was not just kitchen and table wear being produced – more luxury items such as beautiful animal themed money- boxes were also being made.

After the scarcities endured in the First World War; Denby literally lifted the nation’s spirits by producing pieces with an electric blue glaze and crafted arts and crafts for the more modern age with the issue of such pieces as the coffee filter in cottage blue glaze. This glaze is now reflected in the more modern designs such as Halo and Praline.

Brown was the colour

With Denby beginning to capture the hearts of a nation; collectable novelties such as Marmaduke rabbits were hand-crafted to charm children and adults alike! It was due to the restrictions of the Second World War that all colour glazes ran out apart from the aptly named Utility Brown which was used to produce battery jars, rum bottles and teapots for the war effort!

This was a time where Denby revealed it could do “beautiful” as well as useful! The more modern, sleeker designs that were brought into the post-war home helped to further shape and establish the company that is so well-known and loved today. Designs also embraced eclectic and graced the inside of 10 Downing Street and Concorde; helping to truly spread the word and putting Denby firmly on the worldwide map.

Even Denby did flower power! What more is there to say about these fabulous eras?!

Denby remained classic throughout what could be sometimes described as the vulgar excesses of the eighties and nineties and remained unaffected by Chintz and other such fleeting fashions!

Where the story doesn’t end

Some of Denby’s most popular products are Halo and Monsoon pieces which sit at opposite ends of the style spectrum, and it is this versatility as well as meeting the demands of modern living (dishwasher, oven, microwave and freezer safe) that will continue to make Denby such a practical yet stylish success. 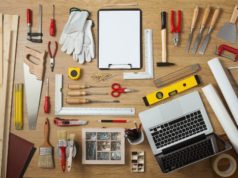 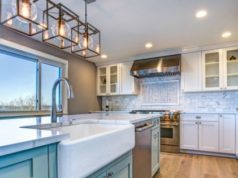 Tips To Get Kitchen Design Right 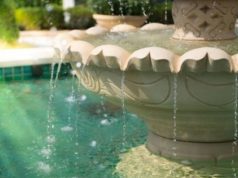 7 Things to Consider When Purchasing a Water Fountain