The revolution in the culinary industry to satisfy the stomach is growing globally at breakneck speed. Let’s take a look at 14 of the world’s most impressive culinary festivals for anyone who wants to enjoy special dishes. 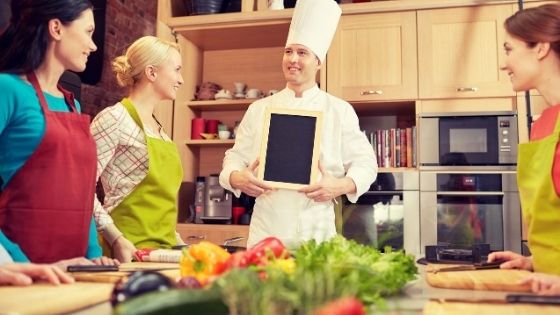 Held in mid-March in the town of Hokitika on New Zealand’s west coast, Wildfoods is where attendees will enjoy meals with the most incredible ingredients.

There is no national dish that is more nationalistic for Scotland than porridge. Scots celebrate this dish with a highly competitive festival in Carrbridge, a village in Cairngorms National Park.

It is the world porridge cooking championship, usually held in late September / early October every year. Candidates who want to win and win the prize are a traditional golden Scottish porridge stick, in addition to cooking the best porridge, they are required to comply with many odd rules such as: to call porridge ” them ”, porridge must always stir clockwise, the finished porridge must always be poured into a pot, and porridge must be eaten while standing.

The Onion Fair is the biggest folk festival of the year in the beautiful little Swiss capital. On the day of the holiday, there are more than 50 tons of onions braided in strings, round onions everywhere, the most beautiful big round bulbs on display separately.

The festival officially started at 6 am, but the city center was filled with a pungent scent from 5 am, when the first pot of scented onion soup started to boil and the first onion tarts were delivered. into the oven.

Don’t miss the fragrant Gluhwein wine glasses that drench the scent of onions, and the paper fireworks competition starts at 4 pm at the festival.

This humorous festival commemorates the humble watercress, an aquatic herb that is popularly used in traditional British cuisine as soups, salads, or sauces.

On the third Sunday of May, a street festival will be held in the center of New Alresford village, where farmers bring local produce for sale and famous chefs prepare special dishes. with watercress.

The highlight of the festival is that at around 10:30 am the Watercress King and Queen will appear in jubilant music and dances, they sit on a carriage and distribute the first vegetable sprouts of the harvest. this year’s watercress for visitors. 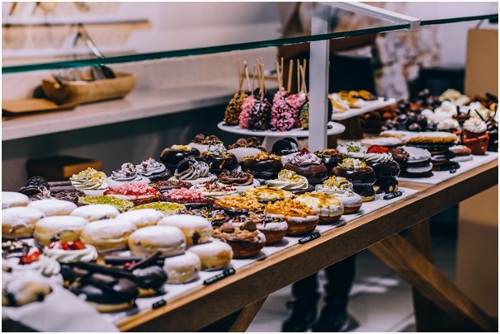 Quito’s Salon de Chocolate is not the only festival in the world for cocoa-based delicacies, but as the world’s top-quality chocolate producer, this Ecuadorian festival is celebrated. claim to be the best one for this enchanting candy fanatic.

Approximately 15,000 visitors are expected to attend mid-June. The festival’s culmination event is scheduled to take place on the last day when different winners are announced in the event. festivals, including the most anticipated chocolate sculpture competition. 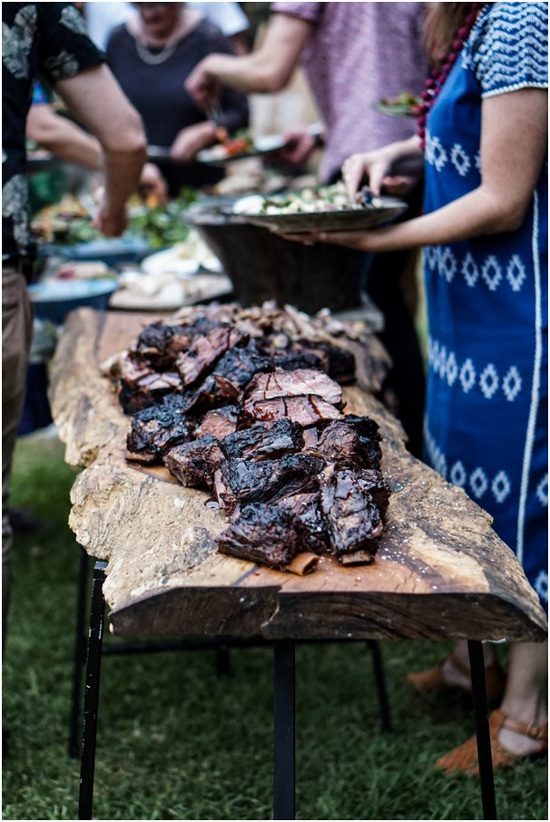 With rows of bars, garden restaurants and a series of wineries and wineries, the central city of California knows how to take advantage of and captivate visitors who are interested in dining with a January festival. focus on the delicacy of many people: bacon.

The chefs will cook the meat on the road with organically raised pork (this festival does not allow the use of industrial livestock meat), accompanied by craft beers, locally cooked.

Devotees of meat dishes will surely be ecstatic at the range of delicacies such as bacon salad, bacon ramen noodles, and fried tater tot mashed potatoes served with bacon.

This year is the 17th annual festival to be held in the coastal village of Bloody Bay, on the Caribbean island of Tobago.

This mid-October festival takes its name from the dasheen taro, a tuber that, when mashed and cooked, turns blue, a color deemed dangerous in the culinary world often involves poisonous species.
This two-day weekend festival attracts thousands of participants, rich and poor, all wanting to be able to cook delicious dishes from this root.

Ardeche is the producer of the largest quantity of sweet chestnuts in France, with 62 different varieties of chestnuts.

The chestnut tree is affectionately called the “bread tree” by locals, as chestnuts are an important ingredient in Ardeche cuisine, such as grinding into soup dough, adding to stews, or baking into Pisadou cakes. Thin crispy fragrant.

All chestnut delicacies can be enjoyed at the end of the Castagnades fall festival.

Chestnuts are sold fresh, or processed into sugar-coated “marron glace” candies, or cooked into a French wine.

The 5th day of the 5th lunar month every year is the day when Asian families influenced by Chinese culture from all over the world get together to eat ash cakes, including sticky rice and various kinds of kernels wrapped in leaves. bamboo, lotus leaf, or banana leaf. This is a national holiday in Hong Kong and Macau.

The most epic activity that takes place during the Dragon Boat Festival is dragon boat racing, a sport so popular that it has its own international federation.

Traverse City is proud to be the cherry capital of the United States.

Cherries are easy to see everywhere in Traverse City, a locality that supplies half of the US cherry market. Guests can land at the Cherry Capital airport of the city, stay at the Cherry Tree Inn hotel, watch the Cherry Bomb Soccer Tournament, or support the Single Cherry Women’s Rollerblade team.

It is understandable that it holds a week-long festival in July to honor this delicious red berry, with many exciting activities such as a contest to see who plucked the furthest cherry seeds, a baking competition, the Great War Cherry parade, and the wedding ceremony of the Queen of England.

Every night in the week of September, the Lungomare Caracciolo area of Napoli will turn into a pizza village with 500,000 visitors “processing” more than 100,000 pizzas of all kinds.

There are many interesting attractions, from the international pizza tournament to enjoying a delicious hot Vesuvio pizza in the shade of a real volcano. 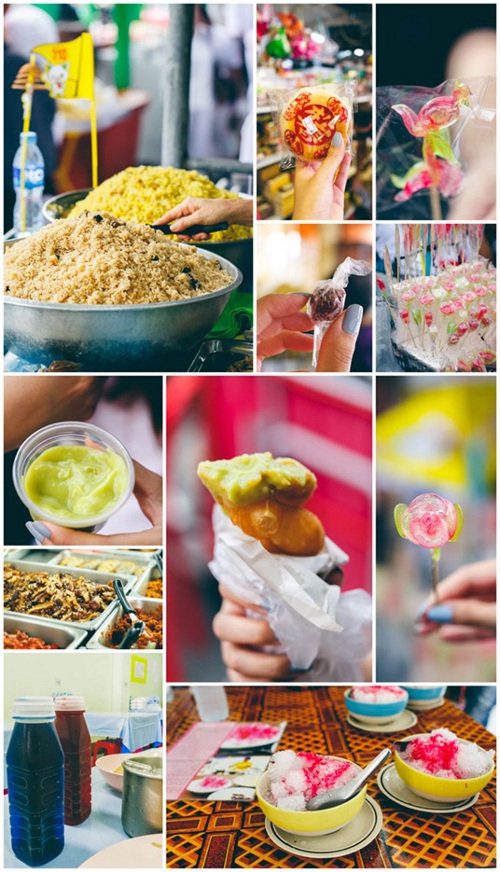 This Thai 9-day celebration is part of the detox work, purifying the body and mind.

The biggest event of the festival takes place around September and October on Phuket Island, where devotees hang lanterns outside the temple, parade on the streets, and beat drums to scare away evil spirits.

The festival attracts thousands of tourists each year, curious at the sight of devotees carrying their bodies like walking on hot coals, bathing in hot oil, or piercing their own body parts. They seem immune to pain, believing that they are being protected by the gods, the more austerity they will attain, the more fortunate and successful they will be.

With so many scary and unique scenes, many people forget that there is a nine-day vegetarian ceremony.

Every April, the Ringkobing Fjord in Denmark welcomes each herd to breed.

They attract fishermen from all over Scandinavia to the tiny village of Hvide Sande, where the Herring Festival was born. The caught fish will be processed into a variety of dishes such as pickled, deep-fried or ground into fry for consumption during the festival.

The spectators can take part in fishing shows, or go to fishing classes and take cooking courses.

There’s even a fashion show for the latest outdoor, waterproof, and odor-resistant costumes. 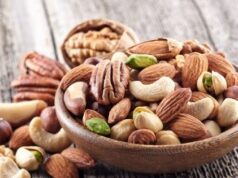 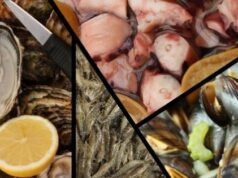 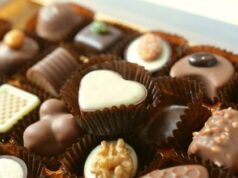 8 Reasons Why Should You Opt For Sugar-Free Chocolates

What Are the Skills Necessary to Become SEO Executive?

Three Less Common Approaches That You Can Use to Sell Your Image Editing &...

Three Less Common Approaches That You Can Use to Sell Your...

What Are the Skills Necessary to Become SEO Executive?