The grandeur of historical buildings like forts and castles are unmatched. You might play on a sea beach with waves touching your feet or soak your soul in the clouds running towards you on a beautiful hill station, but there’s a sense of admiration that all of us feel when we come across a sight as magnificent as that of a castle. It’s more like a scene from a fairy tale that’s come live in front of your eyes. Straight out of movies.

Castles aren’t just building, they are the carriers of a historical past, telling tales from the archives to generations who have no idea about the bygone era. While you decide to pack your bags and leave to witness some really glorious structures that are capable enough to make you skip a beat, I am listing out the best castles around the world that you cannot miss. To make it easy for you, to book your tickets and hotels at prices that are unbelievably cheap with Goibibo Coupons. 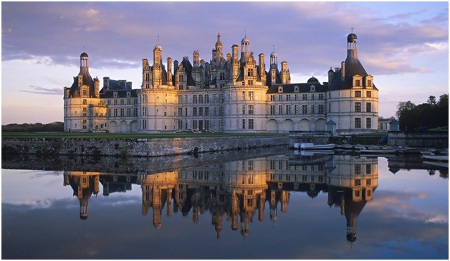 One of the largest Renaissance castles, the beautiful palace is the finest work of architecture that dates back to the 16th Century. The castle is the perfect souvenir to describe the rich history of the French Kings. The Chateau de Chambord was constructed by the French King Francois I but was completed during the reign of King Louis XIV and Louis XV.

The marvel that this castle is, one can only wonder what it would have been like to witness the royals live in this dream-like construction. The palace has a total of 426 rooms, 77 staircases and a lot of fireplaces, chimney, and turrets. Most part of the castle has original furniture and it’s absolutely a sight to behold. 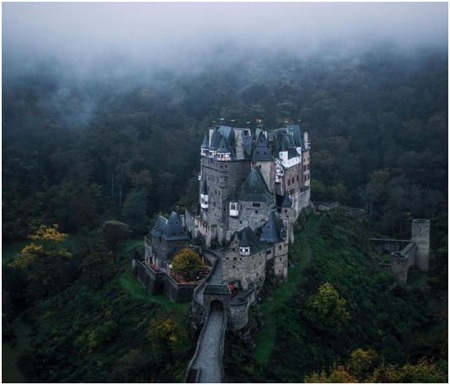 This magical castle is tucked deep in the forests of Germany. One of the most gorgeous pieces of architecture ever created, Burg Eltz is a sight to behold if you’re in Germany. Burg Eltz is one of the most beautiful medieval castles in the world and is very different from the regular castles you see.

This German castle has over 100 rooms and the gates open for public at 9:30 AM. There are two restaurants near the castle but I suggest you have a meal inside the castle. The castle eatery offers quick bites along with coffee at a very reasonable price. 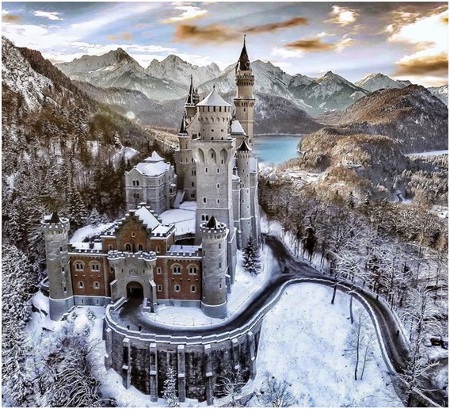 Isn’t this exactly what the dreams are made of? Known as a ‘Fairytale Castle’, the Neuschwanstein Castle was constructed by King Ludwig II. The castle also serves as an inspiration for the Disney castle you see. Apparently, Walt Disney and his wife had visited the Neuschwanstein Castle and drew inspiration to create the famous Magic Kingdom from this real fairytale castle.

Location: The Alps in Bavaria, Germany 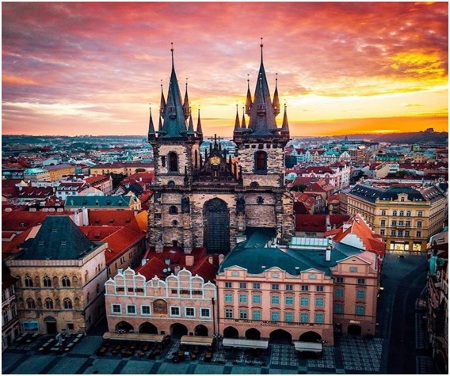 Known to be the Largest Coherent Castle Complex in the world, the Prague Castle was declared as a UNESCO World Heritage Site. The castle occupies an area of almost 70,000 square meters, making it one of the largest castles, according to the Guinness Book of World records.

Prague Castle is a concoction of multiple architectural styles and depicts the rich history in the best possible way. 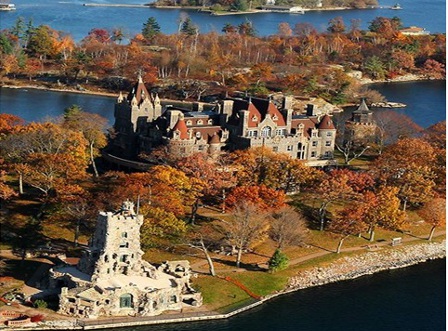 This beautiful structure resonates the history of one of the seven wonders of the world, Taj Mahal, located in India. Just like the Taj Mahal, George C Boldt wanted to build a beautiful castle in Alexandria Bay, to eternalize his love for his wife Louisa. Unfortunately, Louisa passed away a few months before the construction of the castle was completed and George stopped all the construction thereon.

The property was left vacant for almost 70 years after which The Thousand Island Bridge Authority took over the property and is maintaining it till today. The property is open for the public to indulge in a royal vacation or host a wedding. Are you already checking your bank balance? 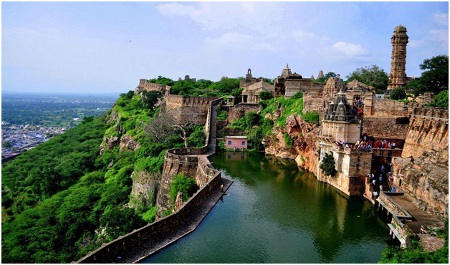 A fort that symbolizes the Rajput chivalry, bravery, and resistance, this largest fort in Indian houses many palaces inside. The Fort is famous for its construction and seven gates. This spectacular construction was supervised by Chitrangada Mori and was built in the 7th Century.

The majestic appearance of this fort has seen many battles and rulers. It is also declared as a World Heritage Site by UNESCO.

The brave walls of this castle have witnessed extensive restoration but the grandeur of Citadel of Carcassonne is such that it still stands intact. Located in France, this castle is a live example of what the lives in ancient times would have looked like, the fights, bloodsheds, and victories.

A castle of forts and battles, Bamburgh Castle is constructed atop a strong volcanic rock. The castle was constructed back in the pre-historic times but was destructed by the Vikings in AD 993. It was later in the 1500s that the castle was reconstructed again. At present, only some of the rooms are open to the public along with the museum. 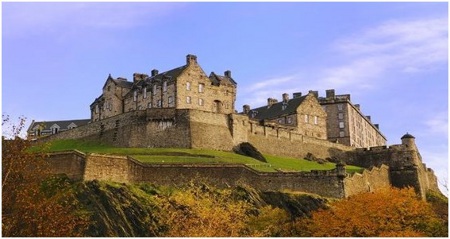 Here comes the most celebrated castle, the Edinburgh Castle. Serving as an Iconic Scottish tourist attraction, Edinburgh Palace is a 12th-century castle. It proudly stands upon an extinct volcano and never fails to mesmerize any audience that visits the site.

The palace has played a pivotal role in Scottish history and till date radiates the splendor of the Scottish past. 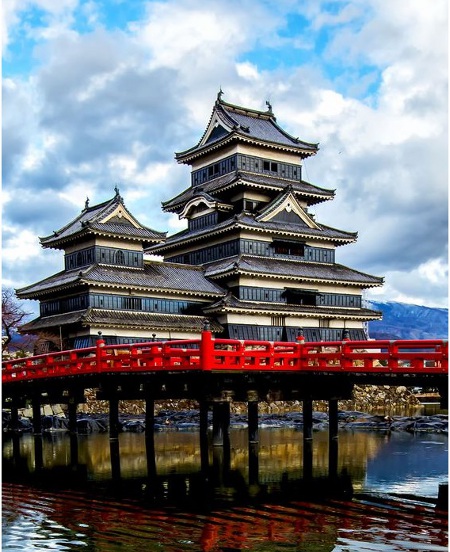 Known as a ‘Crow Castle’ due to its black exteriors, this beautiful structure is one of the oldest castles in Japan. This beautiful wooden castle is also a popular Cherry Blossom Spot and stands proudly overlooking snow-capped mountains. This castle, I tell you, is everything you’ve always dreamt of. It’s a sight straight from heaven. 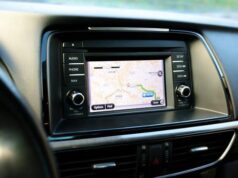 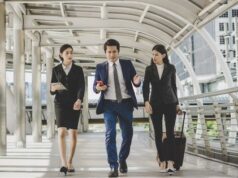