There are many examples of games where the voice acting is of such a high quality that it almost overshadows the media that it is accompanying itself. Voice acting and voice overs are usually used when the original voice needs to be translated; this is a common practice when contents such as audio or texts needs to be adapted to a new language or country, such as website translation or localisation of other contents. But let’s go back to voice acting. 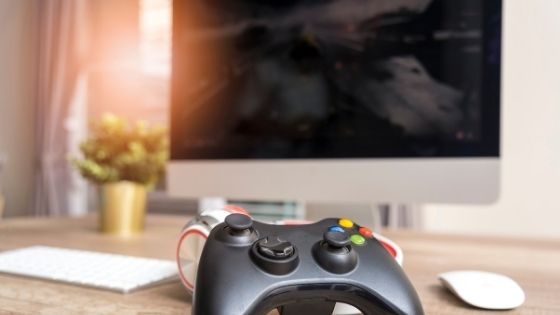 The point and click action game Broken Age had voice acting that received rave reviews, with an appreciating of the actors and writing that made for the natural, compelling dialogue. One review from Electronic Gaming Monthly highlighted this:

“But what impresses most is the voice work, where it’s easy to imagine most of that $3 million budget ended up. Full voice acting is nothing new for an adventure game, but the breadth and calibre of the cast puts prior efforts to shame. With talent like Elijah Wood, Jennifer Hale, Jack Black, and far too many more names to mention, every line lands the way it should. The jokes become funnier, the banter becomes wittier, and every scene becomes that much more enjoyable to watch.”

The quality of the voice acting elevated an otherwise average rated game to receive a kinder, more generous review.

Famously, the game Shenmue had an oversized budget that never generated the sales to create a profitable return, however it was still critically acclaimed and is considered an unfinished classic series of games. One department that could’ve used more attention in the development process was infamously the voice acting.

In an interview with veteran video game translator, Jeremy Blaustein, he explains the detrimental and well funded yet poorly managed process of the voice acting for Shenmue:

“It was a weird time. I think if you look up Shenmue you’ll see that it was localised by IMagic. I was one of three company owners at IMagic, and I’ve got interesting anecdotes. Shenmue was such a problematic project, you could write a whole book about how messed up things got…

“…everyone wanted a piece of that $70 million, you know? And of course that’s like the worst thing you could do, is to start out a project saying we’ve got all this money, and then just keep throwing more money at it.”

“Unfortunately there was the added burden that Suzuki insisted that all voice acting, including the English, had to be recorded in Japan. “The reason we did it in Japan by the way, was because Mr Suzuki wanted access to it while it was being done. He probably thought that if he could go and quality control it himself it would be better.”

“I don’t remember how many characters were in that game, but it’s hundreds. And there simply weren’t enough English-speaking voice actors.”

Yu Suzuki, being the creative genius behind several of Sega’s greatest and most successful franchise such as Virtua Fighter, Outrun and Super Hang-On. Having a reputation and complete creative control over his projects meant that his decision was final, regardless of his experience in certain aspects of game development.

Voice over recording is an important aspect of modern gaming since there are fewer and fewer titles that don’t utilise sound as an integral part of the gaming experience. Budgets are higher, and the total amount of games being produced are lower because executives are less willing to take chances on experimental or innovative titles the way they used to. 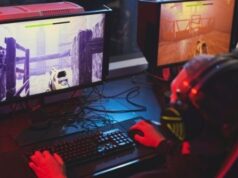