Technology is a crucial factor in how our way of living has transformed from what it was before a few years ago. Every other day is a new discovery, invention, and application that directly or indirectly affects our lives. One such advancement is Mobile Applications.

It will be a lie to say mobile applications haven’t brought any ease to how we manage our day-to-day tasks and ourselves, for that fact. Almost every mobile app development company Delhi has seen growth in its business. Why? Because there is a mobile app for nearly everything today that brings more and more convenience to our lives and activities. For instance, now we can choose between going out to get groceries and ordering the same from the comfort of our home using a mobile app offering the service.

As a business owner, the right decision would be to have an app of your own, relevant to your business. Below are some facts about mobile apps to give you a better insight about the industry and how it has affected the businesses and consumers around the globe:

Today, Android and iOS are the two most heard-of and utilized platforms for app development. Statista’s reports state that users can choose from about 2.9 million apps on the Google Play store to download. The number makes it the largest app store in the market, while on the other hand, Apple store offers about 1.85 million apps to its iOS user base, bringing it to second position after Google Play app store.

With more than a million apps to choose from, it is a no-brainer that people would download social media applications. Facebook is the leading application on the Google Play store, with about 4.6 billion downloads in the last ten years. Facebook then launched Facebook Messenger, which provides messaging services. It holds the second position after Facebook and has over 4.4 billion downloads, beating Whatsapp and its 2.3 billion downloads.

Everyone has some applications installed on their devices. The number of apps on their app drawer is constantly changing and increasing. It is proven by the amount of revenue these apps have generated as of 2019, which is 461.7 billion US dollars. The increase in the number of apps available on app stores equally increases the usage of apps. The considerable revenue amount only proves that more and more businesses have and will continue to invest in having a relevant mobile app that will enhance sales and growth, encouraging increased ROI.

We all get some leisure time on our hands every day. Most people are likely to spend that time on their mobile devices using different apps. How much time do you think a person spends using mobile apps on average? According to reports, most people around the world spend about 4-5 hours in total using mobile apps daily as of 2021. It has been noted that most of these apps are communication and gaming apps.

There are millions of apps that people can choose from to download today. Let’s streamline the apps based on the number of downloads on a global scale.

Tiktok is leading the list of most downloaded apps with over 656 million downloads globally, followed by Instagram with its 545 million downloads, Facebook with 416 million downloads and Whatsapp with 395 million. The list also consists of other apps such as Telegram, Snapchat and Facebook Messenger, exactly in that order, based on the number of their global downloads.

Mobile apps are more in use as they are installed on smartphones, more convenient devices. You can carry it whenever, wherever. At the same time, desktop sites are limited in terms of mobility and easy accessibility. More and more users are shifting towards apps because of a crucial factor, offline access. However, the users can still access the content and some functions, unlike desktop sites that won’t work or give minimal functions to perform.

7. The Short life of an average app

With more than a million apps available on app stores, there is still a vast number of apps that users have never downloaded. It may be because of better existing apps or simply because of their poor ranking. But, what happens after an app is installed? It is observed that the average life span of an average app is three days. It has three days to leave a strong impression on the user. On the other hand, an app with amazing features and UI/UX offers users something essential, stays on the app drawer for longer, and is used more often.

Mobile apps leave a huge impact on users day after day. The interesting facts mentioned above give you a better insight into how the way of living is changing and businesses are growing because of the revenue an app can generate alone. 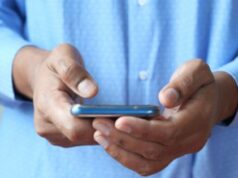 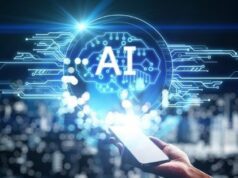 What Will Be the Top AI Recruitment Trends in 2022?