When we look back into the last few years, we now realize we’re into the world of VR finally. Investing billions on the creation of VR, the technology and techniques used in the process will pay off once people begin to use. Every individual is expecting some sort of a change from the usual digital games, and VR completely fulfills the space. As people start streaming on the activities and games, it’s something huge happening for every Virtual Reality Game Development Company. This way, we know the designing plays a major role here.

Before we move on to the design tips for the development of VR games, we shall focus a little on why creators or the designers are said to be more responsive in the making of VR technology.

As we all know, people who get entertained by VR games are mostly young adults. With this in mind, the designers will have to work to make them feel comfortable with the usage as it’s mostly the house or sometimes the office where they would like to play. When it comes to the positioning sensor or the headset, it’s more likely to be designed in a way that it fits for everybody in common. So it’s not only about the designing of the game but also the products used for the functioning.

As we came across the age group, product design, place where the VR is used, without any further ado, we’re diving right into the tips for the designing of VR games.

Before starting to design VR games, one must first have a knowledge of how it works and a slight experience as well. To experience how it works, we have devices from cheap to expensive. To start from scratch, we have Google Cardboard and much more. These help to experience the reality of VR being a beginner or so.

We all know the commonly used devices such as Oculus Rift, HTC Vive are devices used as a headset for VR games. Here, the highly recommended position is usually the rectangle. This is the most commonly used shape, and also people are used to viewing them in a rectangular angle and shape. Now, thinking outside the box, when it comes to VR, the specialty of it is the 360-degree angle. This makes the gaming experience amazingly wonderful.

The patterns and VR apps shouldn’t be used in such a matter which resembles the ones in smartphones, computers, etc. Creating the user interface patterns in a way that is not reinvented will make the VR games even more accessible and end up making people engaged. The viewing distance and the scale of measurement of content should be viewed on carefully. Designing these both go hand in hand as it may defer from that of the real world. The resemblance is enough, but wanting to know what size it must be in is a little tricky at first.

As to conclude, these are very few tips on how to design VR games. There are much more to be discovered before you begin to design one. Usage of frameworks is also one of them to be looked at. As it’s a completely open field for anyone to pop right in and start designing a game, it can also provide you a lot of opportunities in the future. 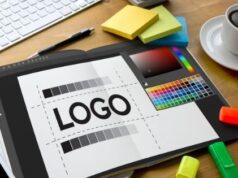 Importance of a Professional Logo Design Company in 2021 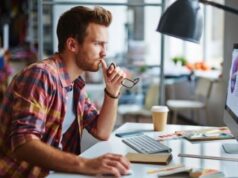 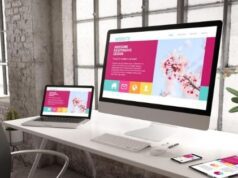 How Simplicity Works The Best When Website Design As Technology